Gucci is under fire for selling a $790 turban. Members of the Sikh community claimed about Gucci’s cultural appropriation of a sacred religious garment offensive. Much of the criticism was directed at the designer’s use of the turban especially on non-Sikh models and claimed about the fact that the majority of models are white.

The Italian luxury brand is known for its purpose of branding in an experimental fashion especially is held to show the performance of designers and almost always take the risk factor a notch higher. In this time, they have decided to introduce ‘Indy Full Turbans’ as their new cool project necessary.

One Turban, in particular, a $790 royal blue piece from the brand’s fall collection called ‘Indy Full Turban’, has caught the attention for the Twitter users both for its high price and the fact even exists at all.

It was styled nearly identically to the traditional headwear of Sikhs, who follow a faith with roots in South Asia, and outrage abounded. The Italian luxury brand was widely panned for not showing on a brown model.

“The turban is not a fashion accessory to monetize, but a religious article of faith that millions of Sikhs view as sacred” the New York based Sikh coalition tweeted Wednesday.

With the fame and adoration that the Gucci brand has earned over the decades. It is not surprising the Gucci’s desirability has been skyrocketed. The best thing about the brand is their ability to tend to a vast audience. They always try to bring out creative class in new significance to the basic of old fashion.

The Sikh community has its cultural respect in wearing turban which has significant religious meaning. They pay the attention negatively on the launch of turban’s creative design.

Many of the world’s 27 million Sikhs both men and women wear the turban. They follow their religious faith in wearing a turban as their point of perspective issue. The design of this article spread out the controversy and has been marked and condemned the fashion house for its choices.

“The turban is not a fashion accessory to monetize, but a religious article of faith that millions of Sikhs view as sacred” the New York based Sikh coalition tweeted Wednesday.

The anger intensified more recently when a Twitter user pointed out that it was being sold on Nordstrom for nearly $800 per price. The product was described as ‘gorgeously crafted turban’ and that is “ready to turn heads while keeping your comfort as trademark style”.

In Sikhism, wearing a turban “asserts a public commitment to maintaining the values and ethics of tradition, including service, compassion, and honesty,” according to the Sikh Coalition.

Thousands of members of Sikh community messaged and commented about the criticism of this fashion. They claimed about the Gucci brand used their traditional ethics for the purpose of selling profit and played offensive rule for their community.

The organization ended their message with this hashtag, ‘appropriation’.

Indeed turbans – or versions of the headwear have been worn in many different contexts throughout the history, including the Hollywood actresses Greta Garbo and Gloria Swanson. But what’s offensive for Gucci’s design?

According to this review, the controversy spread out when they offered the expensive value in their offensive design. 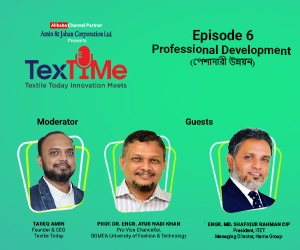