The whole world has become contaminated with coronavirus. People have stopped moving forward. Especially the daily use of the words social or physical distance, home quarantine, isolation, lockdown, hard immunity, virus-infected and death has not only destabilized the human mind but the scene of uncertainty has started to have a mixed effect on our physical and mental condition.

But, there is no reason to think so.  The whole world is facing such an epidemic for the first time. The coronavirus is now not only a health risk but also a global economic risk.

In Bangladesh, the deadly corona has now taken a much stronger form. At present ordinary people as well as famous people of the country are being added to the death list. During this phenomenon in the country, many people are dying without getting proper treatment. Many of them are dying without Corona symptoms or without symptoms and also without treatment.

According to medical experts, this rate of infection may increase day by day. As a result, the economic stagnation that has been created in the country may deepen. For this reason, the unemployment rate in the country is increasing rapidly. So people’s income is gradually decreasing.

Despite the government and the administration taking so many initiatives, the awareness among the people has not created. No matter what the government does, this war cannot be won without the awareness of the people. In a word, now your life is in your own hands. And morale is the biggest strength of this. We have no choice but to win this Corona war by following the health rules announced by the government.

It’s time to rethink the meaning of the words humanity, compassion, tolerance and non-violence from Corona’s teachings. Since the future of Corona is uncertain, the economic risk must be borne with the risk of contracting the disease or dying. Because of the stagnation of the last three months, we are getting a picture of the economic catastrophe of the country.

In the meantime, layoffs have started in various factories, Unable to pay salaries, many families have had to celebrate Ramadan Eid without bonuses and salaries. In the long run, stagnation of action is putting our existence in crisis.

Because the situation in the developed countries is even worse due to the impact of this global epidemic. Since there are problems all over the world, there is no hope of help in extreme disasters. So we have to move forward by accepting Corona as an integral part of our economy.

The two main driving forces of the economy in Bangladesh are the Garments export and remittance sectors. A little analysis shows that Bangladesh’s largest foreign exchange earning sector, the garment industry, has collapsed. Billions of dollars of orders have been canceled.

On the other hand, remittances from expatriates, who play a leading role in Bangladesh’s economy, have declined alarmingly.

Declining export earnings will reduce the income of workers in the country’s factories and create job uncertainty. On the other hand, one of our biggest strengths is remittances. Although the expatriate brothers and sisters will try their best, they will not be able to give support like before.

It has been observed that if the expatriates reduce remittances, their families will not be able to spend in the country as before, which will have a negative impact on business. Consumer manufacturing companies will be at a loss if sales demand is reduced.

According to various reviews, the Asian economy has come to a standstill for the first time in 60 years due to the coronavirus. Bangladesh’s export and service sectors have suffered unexpected losses.

But if you go back a little, you will see that when Bangladesh is developing, people’s income has started to increase. There are many modern benefits to enjoy life in exchange for money also increased education rates.

The people of the country were enjoying an enlightened life with the help of technology. Just then the blow of Corona is pushing us in the abyss of deep darkness. We should not be cornered by this violent virus.

In this emerging situation, ensuring health care and sustaining the economy will be our biggest challenge. It is important to remember that it is important to ensure that a major economic catastrophe does not occur. If people survive, the country can return to the path of development again.

However, in order to keep the economy afloat or return to the trend of income, irregularities and corruption must be strictly suppressed and good governance must be ensured. If the government can stop irregularities and corruption, then people will be able to do the rest themselves. After the end of the coronavirus crisis, the main issue will be the recovery of the economy and growth.

In a youth dependent country, the young society has to play the biggest role in tackling this crisis. The youth must be ready now to take the country forward from this crisis and create a self-reliant economy.

Besides, now is the time to build the youth of the country for the industrial revolution by solving the economic problems of the country and taking plans by the government and private levels to increase the technical knowledge and work skills of the youth.  Because of this, the technology-based digital world is now rapidly advancing towards the fourth industrial revolution.

In the tide of the industrial revolution, along with the increase in the production and use of goods, the efficiency of the people increased several times. Most of those involved in these activities were young entrepreneurs.

The focus on young entrepreneurs have increased over the last few years. These entrepreneurs are expected to come up with innovative ideas and create job opportunities for millions of peoples.

This notion is not only backed up by the government but is also being pushed by educational institutions, like BRAC’s Centre for Entrepreneurial Development (CED) or Daffodil International University’s Bachelor of Entrepreneurship Development (BED) program.

Various courses are also being adopted by leading business institutions and entrepreneurial idea competitions are regularly promoted to encourage students in pushing their creative and analytical abilities.

This aligns with the increasing number of youth opting for a life as an entrepreneur. The most obvious reasons include job dissatisfaction, the desire to earn more money, and the millennium dream of being your own boss.

Only young entrepreneurs can bring about an industrial revolution by transforming economically damaged Bangladesh into a self-reliant Bangladesh.

“Always try to be a leader, not a boss!” 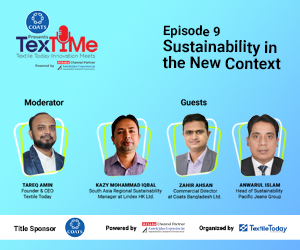